Artists working at TATWERK in our current program series. 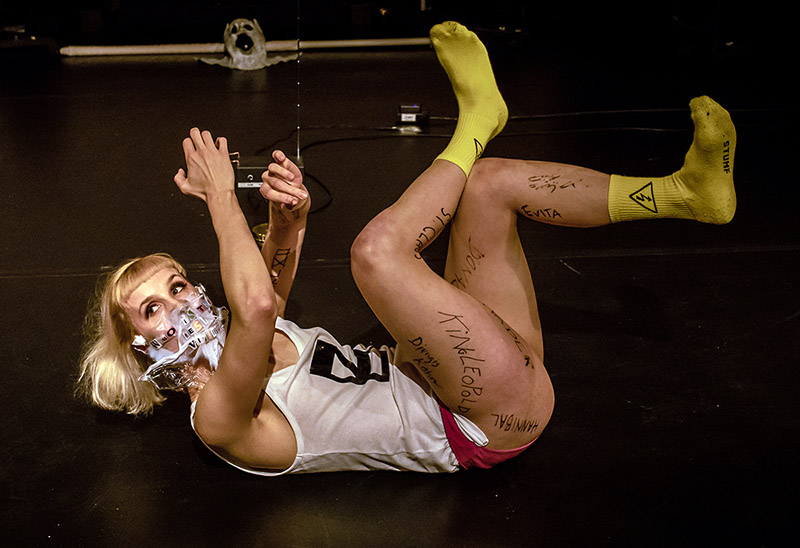 The audiovisual physical performance »Badman« welcomes the audience into the strange world that plays with masculinity and its power, reclaimed and twisted by a single female performer.

When you burn at the stake
I'll rise from your ashes

Come to get under the spell of our distorted celebration of virility and new visions of manliness. Let's break that charm. 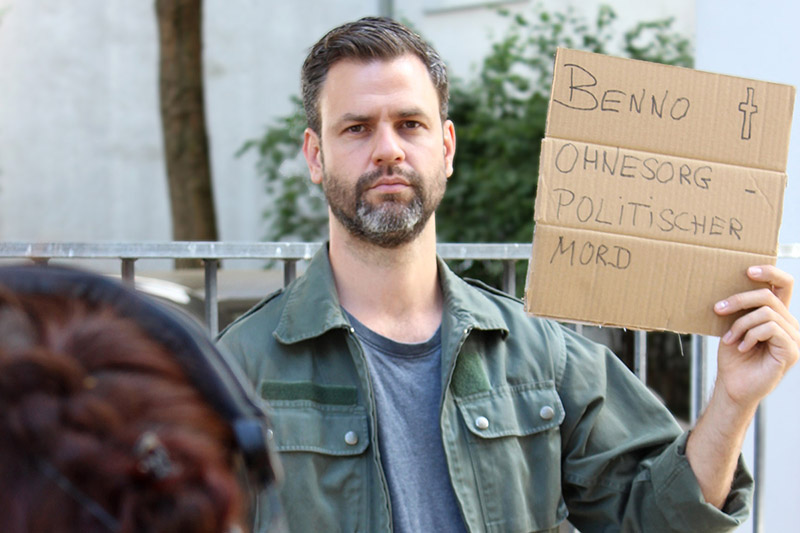 On June 2, 1967, Benno Ohnesorg died from a gunshot to the head. Why did the policeman Karl-Heinz Kurras kill the young student? To what extent were the events of June 2 the starting point for the radicalization of the student movement? Did the Stasi have anything to do with Ohnesorg's death?
Two historians investigate the death of Benno Ohnesorg at the scene of the crime and in the streets around the Deutsche Oper. Scenes based on archival material such as trial records, lectures, interviews, and witness statements combine with the historians' search movements to form a joint city walk.
Directed by Simon Köslich, the Historikerlabor's live audio walk looks at a key moment in German post-war history from different perspectives. From the analysis and juxtaposition of the statements and motives for the action of those involved, a vivid picture of the embattled 1960s emerges.
Frederic Lenz on June 2: "There is something threatening for us in this historical moment of crisis, but also a promise. We want to break it down, uncover its elements, and invite the audience to use this material to reflect on our understanding of democracy today."
www.kurraskomplex.de

A production of Historikerlabor e.V. in cooperation with TATWERK. Supported by Fonds Darstellende Künste with funds from the Federal Government Commissioner for Culture and the Media as part of NEUSTART KULTUR. With the friendly support of Silent Disco Berlin.

nota.space opens up an initially empty and seemingly infinite space in which text, image, video and sound files can be arranged as fragments in the most diverse ways and related to one another.
A restless net community has been gathering around nota since 2019, continuously expanding to include international researchers from performance, net activism, visual art, experimental film, sound art, and science. With notanet this community is now creating a new kind of critical network.
Now it is your turn to join the crowd!
Highlight of the pogram: »match made in nota«, »nota jukebox« and of course a whole lot of personal nota tutorial!
Bring your laptop, bring your data - and bring your favourite drink recipe. A team of dilettant bartenders will be pleased to mix your special drink. 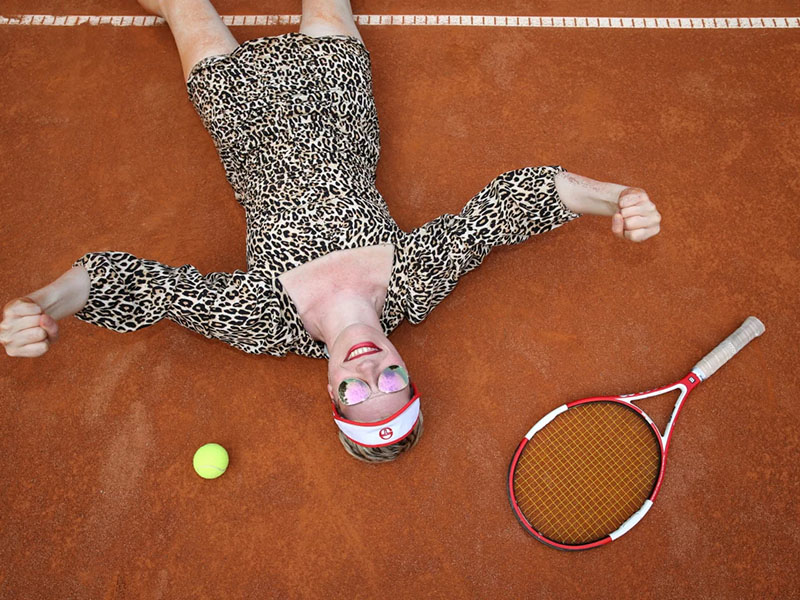 In the dance performance TENNIS, Angela Alves examines sport, art and society for ableist and classist patterns of discrimination; exploring methods to confront them without losing her nerve. In the setting of a tennis court, the dancer takes up the racket and prepares to serve for a barrier-free future. For the crip artist from a so-called underclass background, the tennis court marks a space that was never intended for Angela Alves. In TENNIS, she claims the court for herself, making it her site for gentle self-empowerment.
A ball-throwing machine fires balls into the court. The actress Athena Lange is enthroned on the high seat, controlling the space as a referee, with the tennis coach on the screen in the background. But how does one hold one's own in a demanding game when stress avoidance is the top priority? And how does one escape a social system that knows no boundaries without admitting defeat?
For the performance, Angela Alves studies the serve, forehand and backhand, and tirelessly practices the movements of the game with relish; finding a way to creatively adapt them to her needs. The result is a humorous choreography of sensitive resilience, which, via audio description, sign language and English subtitles, specifically ensnares numerous players in the hurdles of accessibility.
RELAXED PERFORMANCE
For TENNIS, we're harnessing the "fourth wall" again: Make yourselves comfortable on the chairs, cushions and mattresses behind the net and rest assured that the butterballs won't harm you. You definitely don't have to join in, you can just be there. It won't be very dark and it won't be very loud. Nevertheless, we are on a tennis court and this space is not equally comfortable for everyone. So if it gets too stressful, you can either complain to the referee or leave the room during the show. If you need a moment's peace and quiet, you can retreat to the foyer and of course you are very welcome to come back.

A production by Angela Alves in co-production with SOPHIENSÆLE and TATWERK | Performative Forschung. Supported by the Senate Department for Culture and Europe Berlin and Fonds Darstellende Künste with funds from the Federal Government Commissioner for Culture and the Media within the framework of NEUSTART KULTUR. With the kind support of Tennis Club Blau-Gold Wuhlheide e.V. Media partner: taz, die tageszeitung.

The TATWERK in the practice

We offer space for ideas and projects.
Your needs are in the foreground and are reflected in our program series. 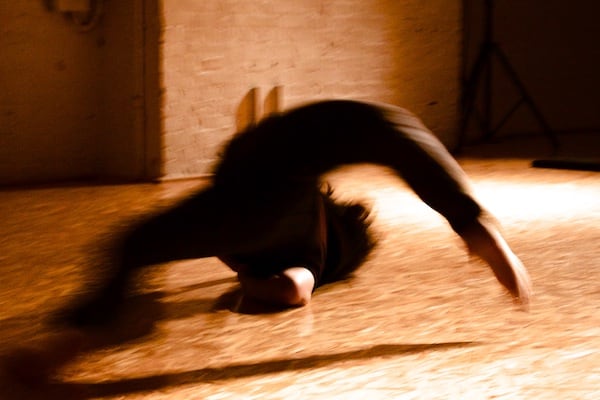 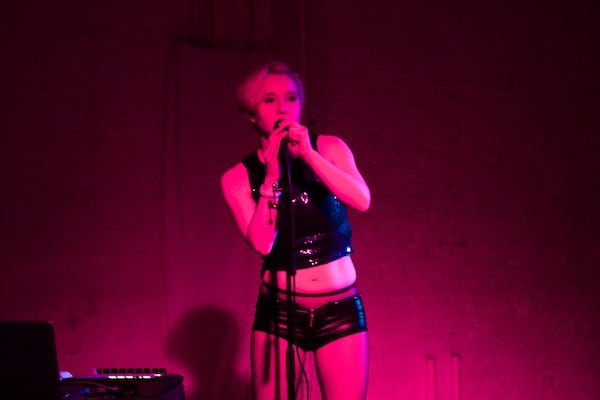 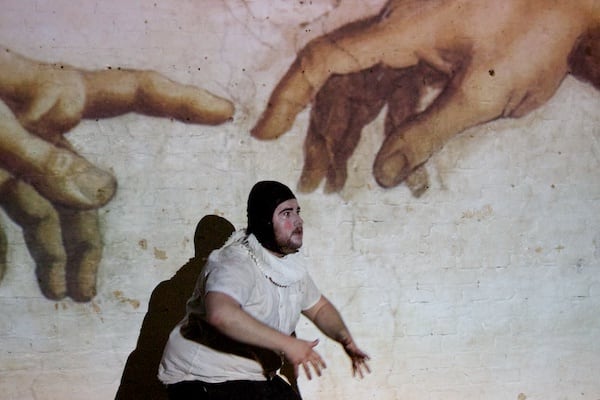 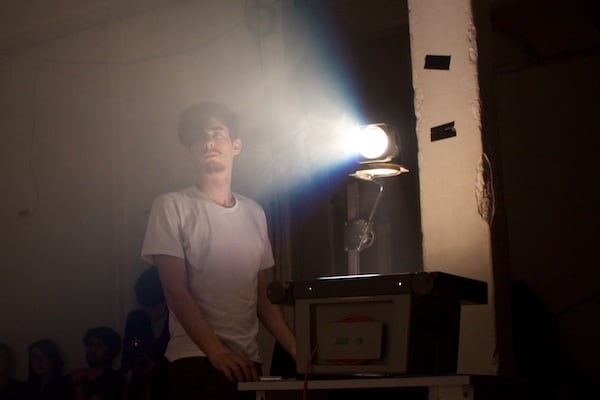 Supported by Fonds Darstellende Künste within the program #takepart

Are you interested in working at TATWERK?
We are looking forward to your inquiries!