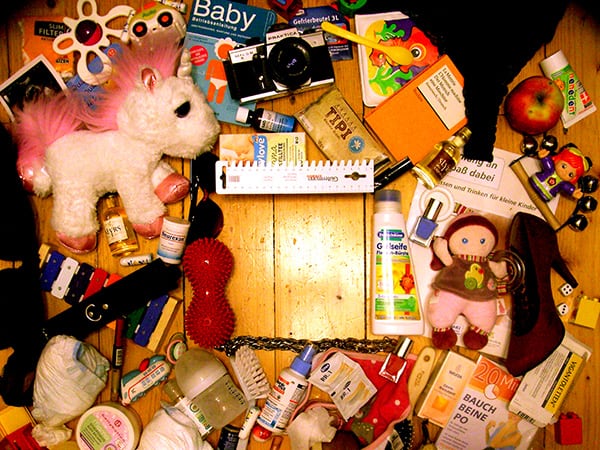 Medea makes her way into the daily routine. She stomps and snorts until she is heard in a world of organic parsnip porridge, rompers of silk-cotton blend and decaffeinated latte macchiatos. The mother-beast in all monstrosity takes a fancy to her newborn puppy - or not - and wishes for a he-solution from the time-loop in which she only gets further and further away from herself. Coming from opera, composition, song, video, graphic novel, dance, performance and installation venture forward and into a new musical theater.

The collective provocatively combines the contradictory, but always unambiguous and always devastating opinions about being a mother with the musical force of opera voices and new music. To mark the end of the Forum Wars, Initiative X Tage 2017 is conducting a four-month music-theatrical laboratory series in cooperation with TATWERK | Performative Forschung to research questions surrounding the #regrettingmotherhood discourse and the mother role images of our present. Together with artists and experts from new music, dance, theater, pedagogy and sociology, and above all with mothers and fathers, she asks why women (should) become mothers, whether the decision to have a child can be reversed, whether it is all normal, and what people might say.
In the lab, the questions are answered for the first time: acoustically, visually, in the form of videos, interviews and images before the resulting documentary material is edited in 2018 and presented to the Berlin audience for the first time in a 20-30 minute showing.

Following the performance:
Feedback format #rehearsalmoments
The feedback series #rehearsalmoments by Aurora Kellermann (Proberaumplattform Berlin) allows the audience to get a deep insight into the creation of an artistic work "before the premiere". On the one hand, the format invites the audience to analytically observe, perceive and communicate. On the other hand, it supports the artists in their creative process by giving them access to an outside perspective. The feedback system is considered together with the artists and is always adapted to the needs of the artists.