Sexuality is the motor of life, a source of infinite pleasure and, often, despair. 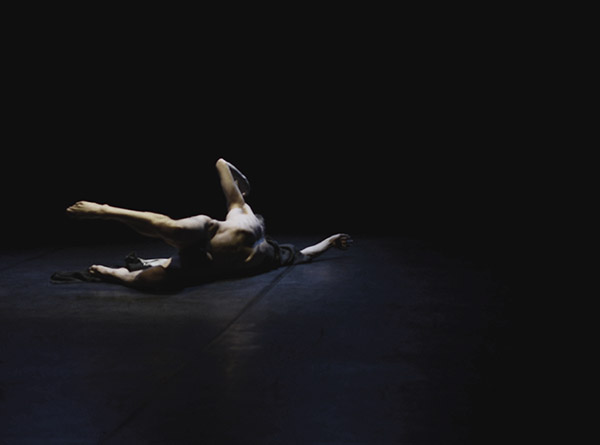 Three aspects of Lust as a force that drives and influences our behaviour in to a variety of forms and outcomes. A wild and untameable impulsion, a beautiful and poetic freedom when accepted, a shaming and obscure sin when repressed.

In the 50's the green area in Tokio called Hibya used to be a rare example of a gay cruising scene..
The atmosphere of sordid excitement and social blame related to the homosexual encounters in this park is briefly portrayed in Mishima`s book “Forbitten Colors”.
In the first piece I place myself in this context and I find resonances in my own body and personal experience as a gender fluid androgynous male grown up in Italy, a catholic country with quite rigid and pretty sexist social rules.

The second piece is a triumph, an elegy, a joyful celebration of nature and the feminine.
A shameless unveiling, an intimate exposure, an act of liberation, a tribute to the “origin of the world” and to the vibrating, strong fragility of the flesh.

Inspired by the Berlin club and sex scene. Male sexual energy beyond control, lost in lust.