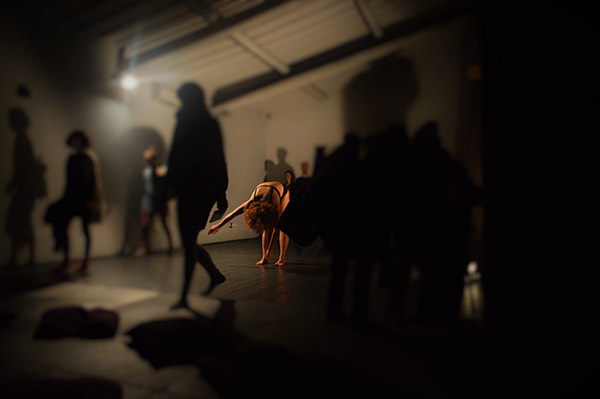 A performance project which stems from the desire to investigate the space between the observer and the subject being observed - a »lake of vibrating lines«, as C. Rovelli puts it in »Reality Is Not What It Seems«, bringing us the image of what we are watching.
In »Non solo«, the performe questions the nature of this space: a place crossed by a body there as an interaction of layers and density, a landscape generated by vibrating particles and energy at a temperature rising as matter transforms.
Within this territory, the viewer is invited to watch and receive, to get lost in the vision of a granular, vibrating body, drawing heat traces at a thermal tempo governed by Blutwurst’s music. Thanks to its time and sound expansion, this music gets the space ready for this fall into the vision.

Light and darkness, body and space, indoor or outdoor system. »Imagination dead imagine«.
Inspired by S. Beckett’s »All strange away«.