Bring your doubts, fears, champagne and charm as we postpone the Apocalypse... One can only laugh as Death knocks on your door. 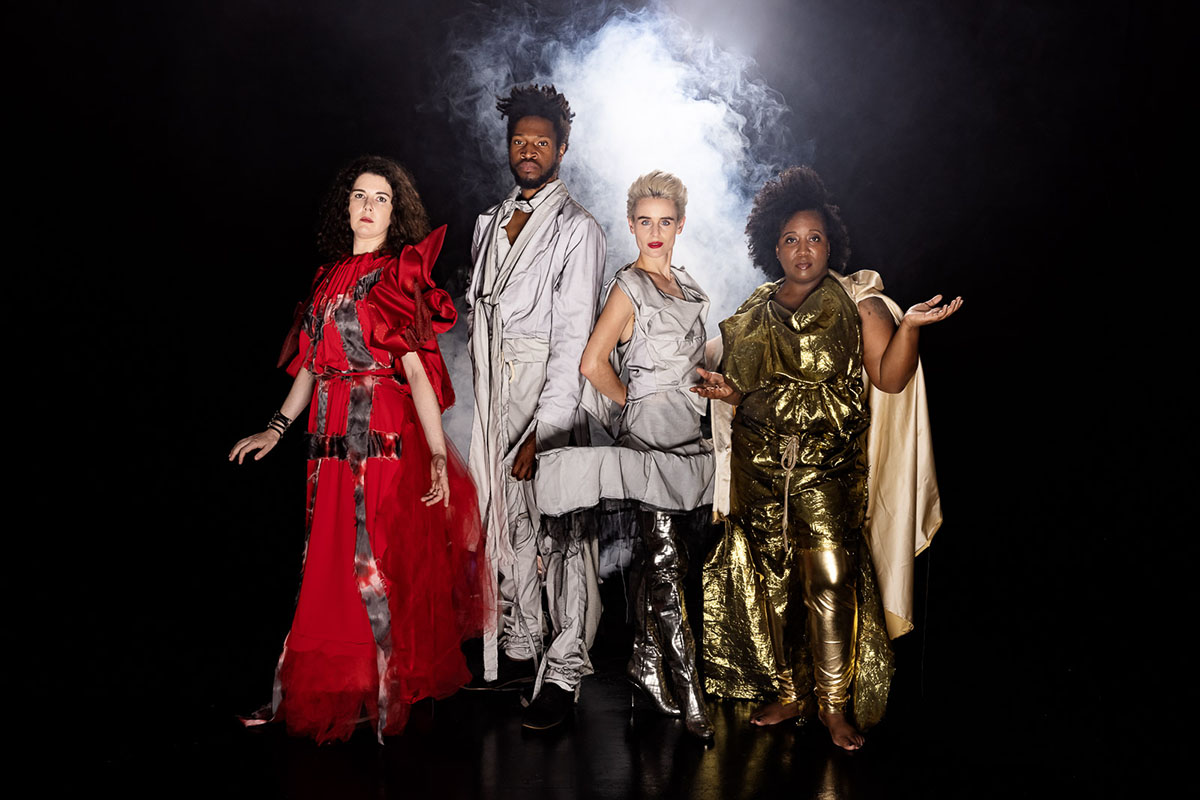 It seems the world is ending / this you’ve noticed oft before / have you considered that you’re spending far too much time indoors?

With levity and sincerity, »Death’s Cabaret« invites you to toast the end of the world as you know it. A playful combination of absurdity and decadence, this intimate spectacle features one of the Four Horsemen of the Apocalypse, Death, who has decided to take a little break from being a Messenger ushering in The Last Day.

This darkly funny, electric new play with music features a satirical spin on the Apocalypse and asks, »What comes after [at] the End?« Imbued with magical realism, Death’s Cabaret imagines the Horsemen as a well-acquainted cohort who, through the millenia, have come to know one another’s scandals and secrets, proclivities and guilty-pleasures. Bask in a moment of folly as your emcee, Conquest welcomes you to a lively soiree that interweaves the musical stylings of War and Famine in support of Death’s infamous showcase.
Bring your doubts, fears, bubbly and charm as the Apocalypse is suspended in a decadent spectacle.

Creators and performers, Lori Baldwin and Aaron Reeder, illuminate the narratives of these apocalyptic horsemen, interweaving historical and contemporary issues while investigating fear of the unknown. In these unprecedented times, »Death’s Cabaret« offers a perspective of transition. Is this THE END-- of life, of war, of lack, of policing? 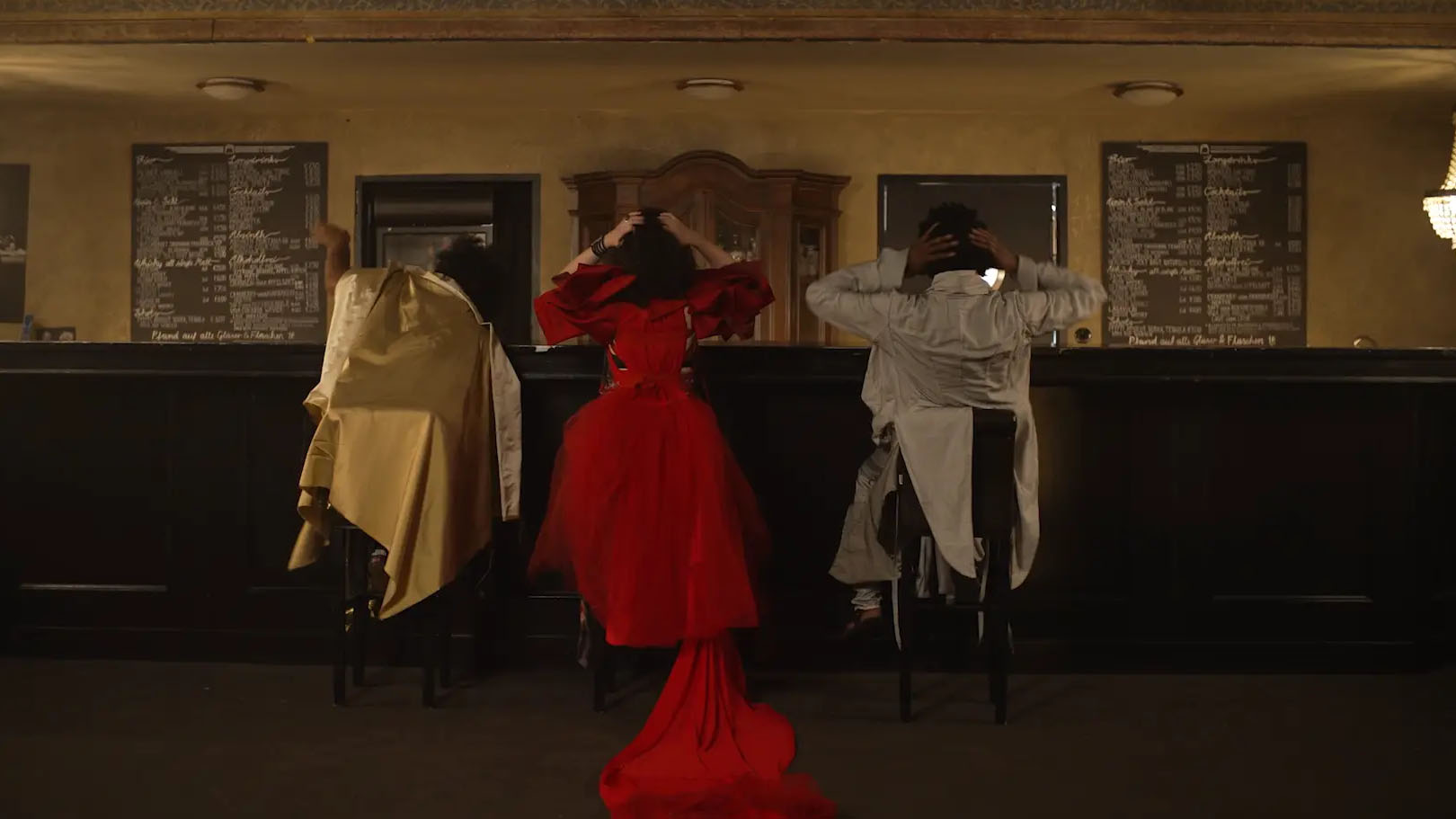 Open rehearsal in the frame of »How deep is your love« by Flugwerk
July 31st 2021 | 7 pm
TATWERK | Berlin
Limited capacity! Please register here:

The COVID pandemic put Germany into »Lockdown Light« and provided a moment of stillness and pondering.

What happens when creative friends meet for coffee in captivity?

For their first collaboration, Lori Baldwin and Aaron Reeder met with medical masks in hand and created a piece to make audiences laugh and, like them, reflect on their own fear of the unknown.
Through the blending of musical genres, Sky Deep and Zeina Azouqah compose music and create sound that merge the Apocalypse with Cabaret.