In this place, between a crypt for rituals and a museum not yet restored, the attempt is made, once again, to transform shit into gold. Blessed are the eyes that see. 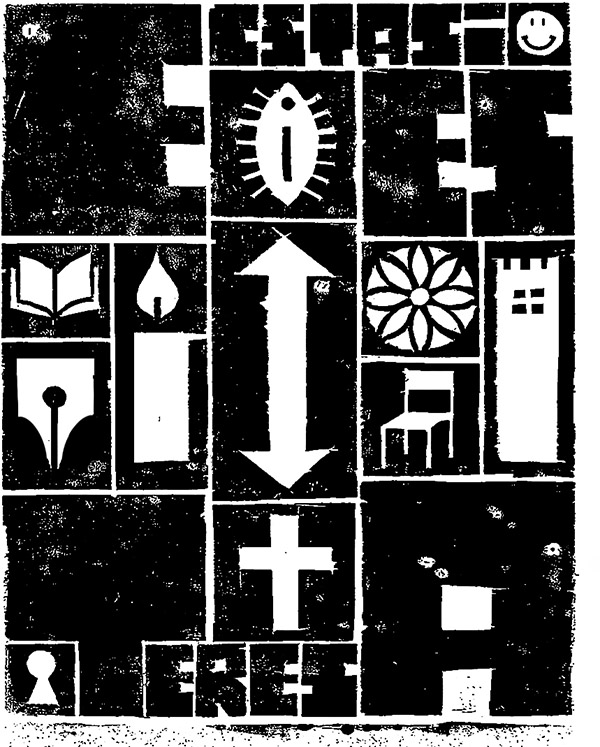 St. Teresa of Avila, mystic and reformer of Catholic spirituality, lived and worked during the Siglo de Oro, a period marked by major historical events and profound transformations. At the age of 62, Teresa wrote what is considered her masterpiece, ‘The Inner Castle’, in which she refers to the seven inner dwellings, an itinerary of the soul’s personal and spiritual growth. Inspired by her intimate writings and her room in Avila´s Carmelite monastery, the exhibition adapts and reinvents the ecstasies of Teresa, evoking and grounding them in the vaults of the Alte Münze.
We are first welcomed to the underground space in the twin rooms, resonant with unseen voices and coloured light. Immersed in humidity, plants imprisoned and attached to the machines sing along with colourful geothermal material. With their heavy metal doors, brass locks and hidden iron mesh gates, diverse scenarios are protected in the three vaults, where the treasures of time passed were once stored. Scraps of sculpture and recycled tunics, masks and ambiguous material occupy the dark interstices and in-between spaces of these heavily fortified compartments. In the central vault is collected the volatile material of the landscape and its constituent elements, where the quality of lightness accumulates. Facing this triad of monumental safes and looking into the dark corridor, five niches preserve a sample of interior objects that refer to immobility. Guided by the green smell of lubricating oils, we then enter the machinery room with its complex interweaving of old pipes running along the wall and the ceiling, which become the canvas for a light installation. In this place, between a crypt for rituals and a museum not yet restored, the attempt is made, once again, to transform shit into gold. Blessed are the eyes that see.

YUKO KASEKI & MARION STEINFELLNER – Extatic Vision
"Think of it, that you just have one soul, that you just die once and that your life is short and this your life is special and precious..."
Based on the philosophy and life of the feminist Teresa von Avila, who celebrates her 503 birthday on March 28th.