RIGHT ON! takes inspiration from the sharp and precise sensations of anger, helplessness, and strong fear that one has by facing some controversial aspects of justice. 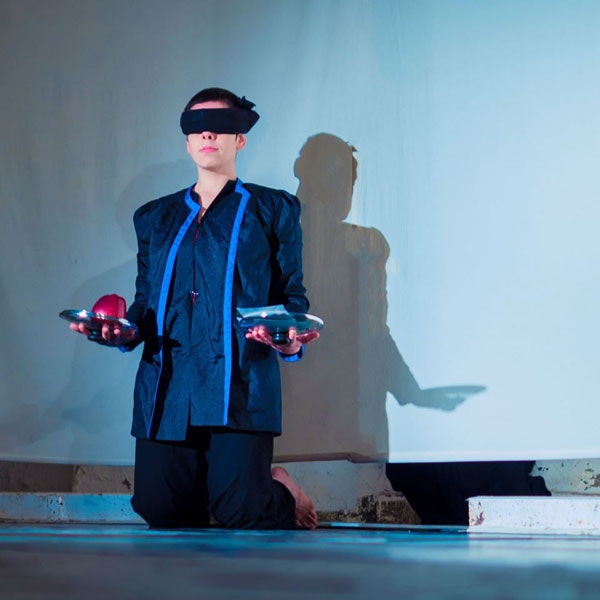 RIGHT ON!, expression taken from American slang, is an exhortation to strength, action; it is a “motivation-to-the-life-in-spite-of-everything”.
The idea of “The- life-in-spite-of-everything” makes RIGHT ON! an homage to the existences of people (close friends) who demonstrated a rooted human strength in spite of they being subject to the process of their ideas, from the Italian legal order.
In Italy, on June 13th 2012, 10 people have been accused of being part of “Subversive Association with purpose of international terrorism”. Three of them remained in preventive prison for one year, without trial or proof.
This is what is allowed by the anti-terrorism Italian law 270-bis.
These three arrested people were my ex-flatmates and are my friends.
One year later they came out of prison, and the major part of the accusations were considered unfounded.
RIGHT ON! brings on scene the human strength which pushes one man or woman to remain a manor woman, even if victim of justice decisions which are independent from him or her.
Whoever's life can change in a few minutes, becoming the life of a terrorist or a criminal.
It is just about categories.
When I saw my friends out of the prison, they were strong, beautiful, full of grace and power: what is this strength that continues to make us human?

BACKGROUND OF THE CREATIVE PROCESS
A strong personal experience regarding justice, inspired the performer and director Daniela Marcozzi to start a parallel study of different authors such as Camus, Hugo, Foucault, Galimberti.
“The condemned man, until the last day before his execution, has the right to be nursed, for a cold or a back pain.” Hugo, The last day of a condemned man.
What is a right?
What is right?
Fortunately, we earned many rights throughout history, but why does man always feel the necessity to be justified from a right?
What is this constant necessity of a man to categorize and declare, to mark the borders that let one be a criminal or a good person?

Supported by Peter Rose/Practical Work
In cooperation with Theaterhaus Mitte