A journey with some refugees in Germany to find out which personal stories they want to share with us as confidants and with the dancers who will interpret their stories. 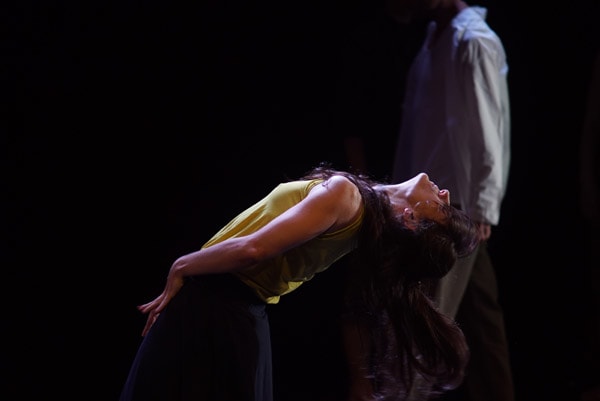 The project focuses on the stories of several refugees who have experienced or are still living in different refugees centers in Germany. They have been interviewed about their past, the relationship with their country and their actual situation in Germany. Their anedoctes and stories underlined their emotional connections with their home countries and with Germany are interpreted by the dancers during the show.

This project came to life because I discovered these situations both very close and very far from the city where I live(Berlin). Refugees are part of our life somehow but they are hidden. To live with this idea, we either ignore them or confront our feelings with them. Primary my aim is to change the belief being a refugee is a permanent condition and try to imagine him/her in a normal life like he/she has before.

The decision to work with dancers was made because body language is universal and can build a bridge between different cultures.
The body has very communicative powers:it talks about human beings, it deletes social and ethnic distinctions and connects people from different groups. More than this it has a special gift: memory. The challenge of this documentary is to connect the audience with the subject through this kind of memory.
Bodies have their own way to portray stories: they create dialogues without words, silence without the absence of sounds.
In this project the bodies of the performers will talk about their identities in a repurposed place that doesn’t belong specifically to the protagonist of the story, to the performer or to the audience, but, surprisingly, belongs to all of them.